One of my favorite things to do is to be in a place for a festival. Traveling around Italy these past 35 years, I have been lucky to attend a lot of festivals. Food is always a part of any festival in Italy, be it a state holiday or a church holiday.

Today is the Santa Lucia. In Italy, she is the patron saint of Syracusa in Sicily.

Saint Lucy, the shortest day that there is

The shortest day of the year. most people say that the shortest day is actually the 21st of December.  She is celebrated in Scandinavia with young women in white carrying candles. In Italy, She was famous for bringing food to the hungry, hiding in the catacombs, hence also the candles. 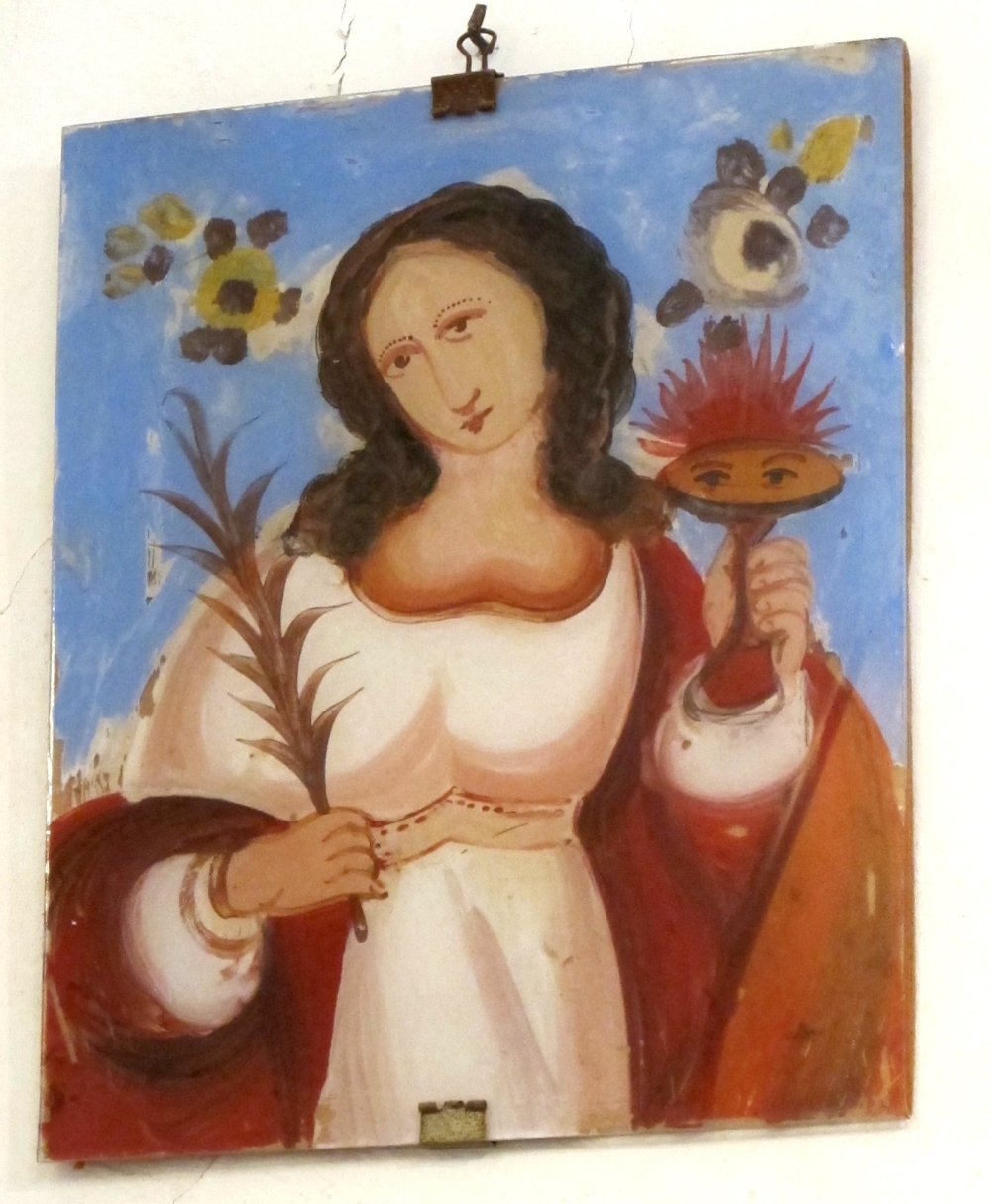 She is depicted holding a plate with her eyes in the plate. She was martyred (the palm leaf in her hand) and blinded by having her eyes removed.

In Sicily, there are several dishes which one makes today. One is called Cuccia, a boiled wheat dish often served also with chickpeas and served as a sweet.

Once, when Sicily was going through a famine, a boat arrived full of grain on December 13 and they celebrated by preparing a dish right away. Normally they would have ground the wheat into flour and baked bread, but instead they boiled the wheat with orange and let it rest overnight. The next day, it was eaten with Vin Cotto, a dense sauce made from cooked grape juice.

Today no one eats any bread of pasta, but boiled wheat dish or the arancini in honor of the event.

Today the most popular recipe is to serve the boiled wheat with ricotta cheese and chocolate chips and candied fruit.

The other popular dish to celebrate is using rice. In Sicily, the most popular street food are the Arancine. In Palermo, they are called Arancina, in Catania Arancino. Technically, the fruit is femine..hence ending in the letter A, but the tree is masculine, ending in 0. Some people say the round one, looking like an orange is femmine… and the cone shaped one is shaped like Mount Etna, which is refered to as masculine. The letters at the end change when they are plural.

Either way they are delicious!

I made Arancine with Saffron rice as is the tradition and “al burro” with butter. The most popular filling is with Sicilian ragu with beef, peas and chunks of sheep’s milk cheese.

The butter version is with a white bechamel sauce with cheese and peas.

You can find Arancine everywhere and there are also several shapes. The classic round shape, cone shaped, egg shaped and log shaped.

Classic flavors are the ragu with peas, al burro, alla norma with eggplant and tomato with mozzarella. I also really like the shrimp with pistacchio. I try to avoid the huge ones, but they area  a meal!

You can find the recipe on my FB group Dining with the Diva in the files. Join us!